Dialogue between a Primitive Hut and Scroll Forest 草廬與竹簡心林之對話

The I-CARE Pavilion comprised a pair of architectural installations in November 2014 on The Chinese University of Hong Kong’s campus as part of the university’s I·CARE Lecture on Civility (博群大講堂) on the same theme: 結廬在人境.

Inspired by the theme of “Building a dwelling among men” 結廬在人境, the first line of Tao Yuanming’s celebrated 5th century pastoral poem, we conceived of a pair of architectural installations next to Chung Chi College’s “Lake Ad Excellentiam” – Primitive Hut and Bamboo Scroll Wall (草廬與竹簡心林) – to embody the dialogue between the active and contemplative within one’s life journey.

A thatched hut, set in a picturesque lakeside arbour (未圓湖竹林), enabled students to soak in the experience, pause and reflect, and put their thoughts on a bamboo scroll (竹簡). The inscribed scrolls are then rolled up and taken across the road to Yasumoto International Academy’s busy plaza (康本國際學術園廣場) and inserted in a bamboo wall installation. Filling the bamboo fences scroll by scroll, a wall gradually appears, literally constructed with the myriad rolls of individual thoughtfulness, and hopes that were shared with all passers-by.

The installations were inspired by vernacular construction using natural materials. Bamboo scaffold masters were invited to build the thatched shelter while architecture students helped with the fence wall assembly. The installations provided the setting for various events and activities include tea-making gathering, outdoor seminars by professors both daytime and night-time, Chinese music and poetry performance venue, etc..

At the time, in the midst of socio-political movements and uncertainties that was affecting the city and university campus, our project opened up a precious moment of calm and space for reflection to rethink why we build and what we build for in our lives. Besides organized seminars and performances, various self-initiated events and activities spring up around the hut and scroll wall. The installations became a popular destination and provided a picturesque backdrop for leisurely enjoyment of students and visitors alike that lasted for several months, well beyond the project’s initial intention.

Plaza side: Scroll Forest, wall of shared hopes – A thick but porous 6 x 2m bamboo wall standing on a bamboo platform commands the YIA plaza, welcoming visitors while acting as a large directional sign towards the grand staircase. 16 layers of standard folding fences create over 1,600 slots to hold scrolls. Students and visitors’ written words of wisdom are wrapped up and inserted to build up this Scroll Forest into a wall of shared hopes (竹簡心林).

We recalled the primitive hut metaphor as a reminder of the basic premise of architecture as original shelter. In our dialogue between the Primitive Hut and Scroll Forest, we hope to contribute architecturally to this process of reflection and rethinking, of society, life and oneself afforded by ‘Building a dwelling among men’. Here, we are guided by Joseph Rykwert’s classic book “On Adam’s House in Paradise” and his enlightening excavations of the idea of the primitive hut – the “home of the first man”.

In our perennial desire for all kinds of renewal (individual, societal, intellectual) we see our project as an attempt to make “origin-al” architecture in 21st century Hong Kong, or, as Rykwert puts it, to build “a primitive hut situated permanently perhaps beyond the reach of the historian or archaeologist, in some place I must call Paradise. And Paradise is a promise as well as a memory.”

*Our deep gratitude goes to I-Care (博群計劃) for giving us the opportunity and generous support to realize this pair of architectural Installations. 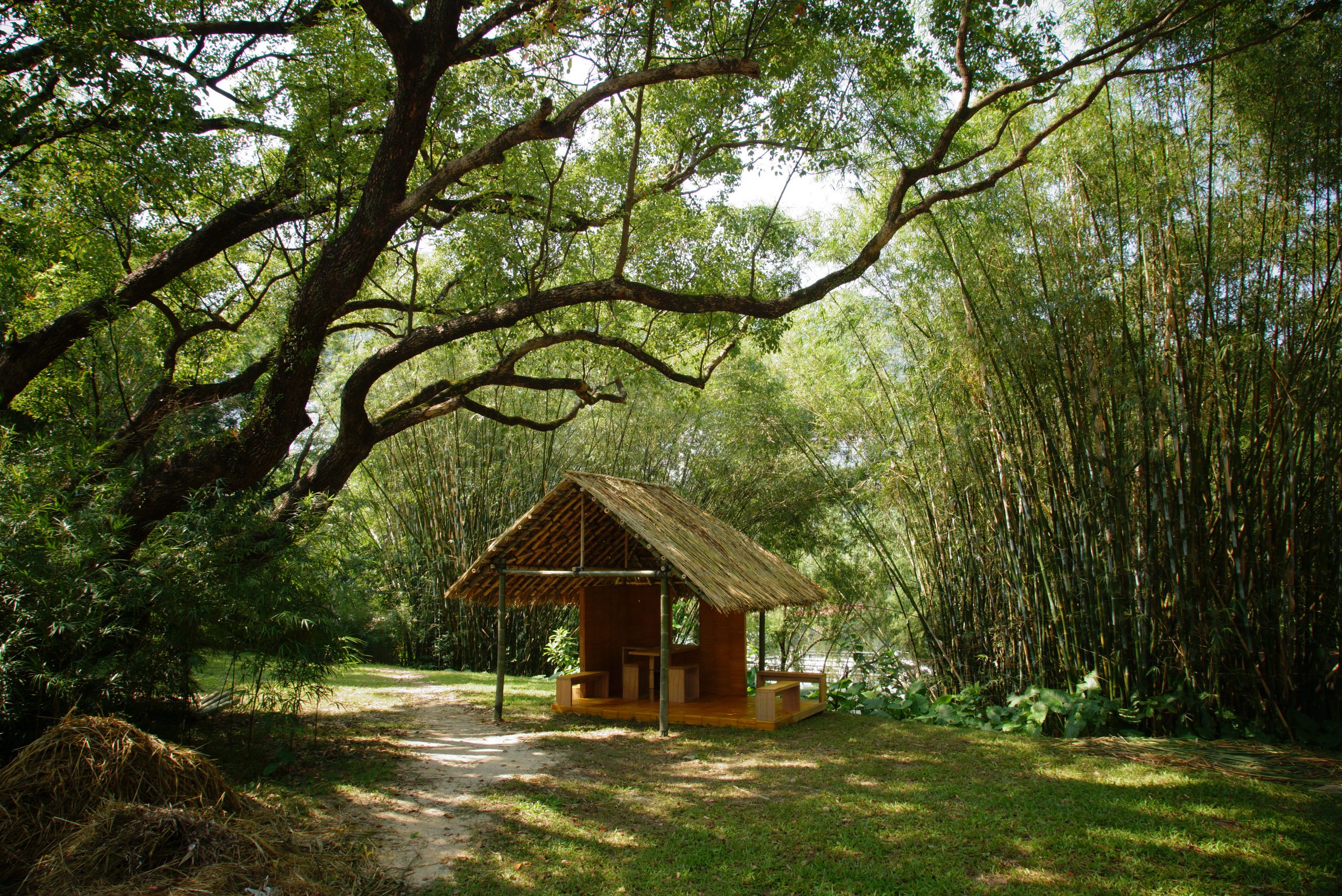 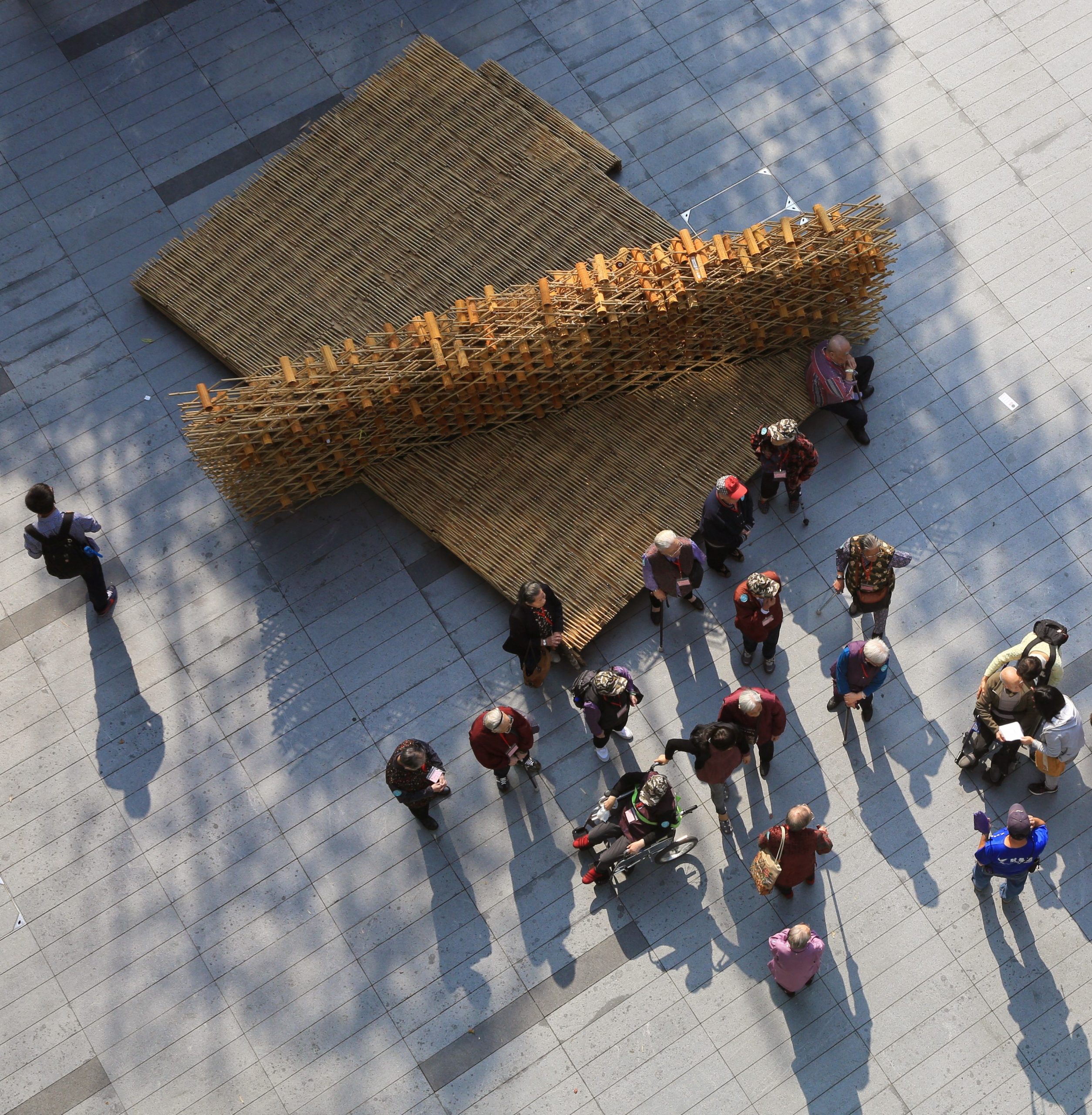 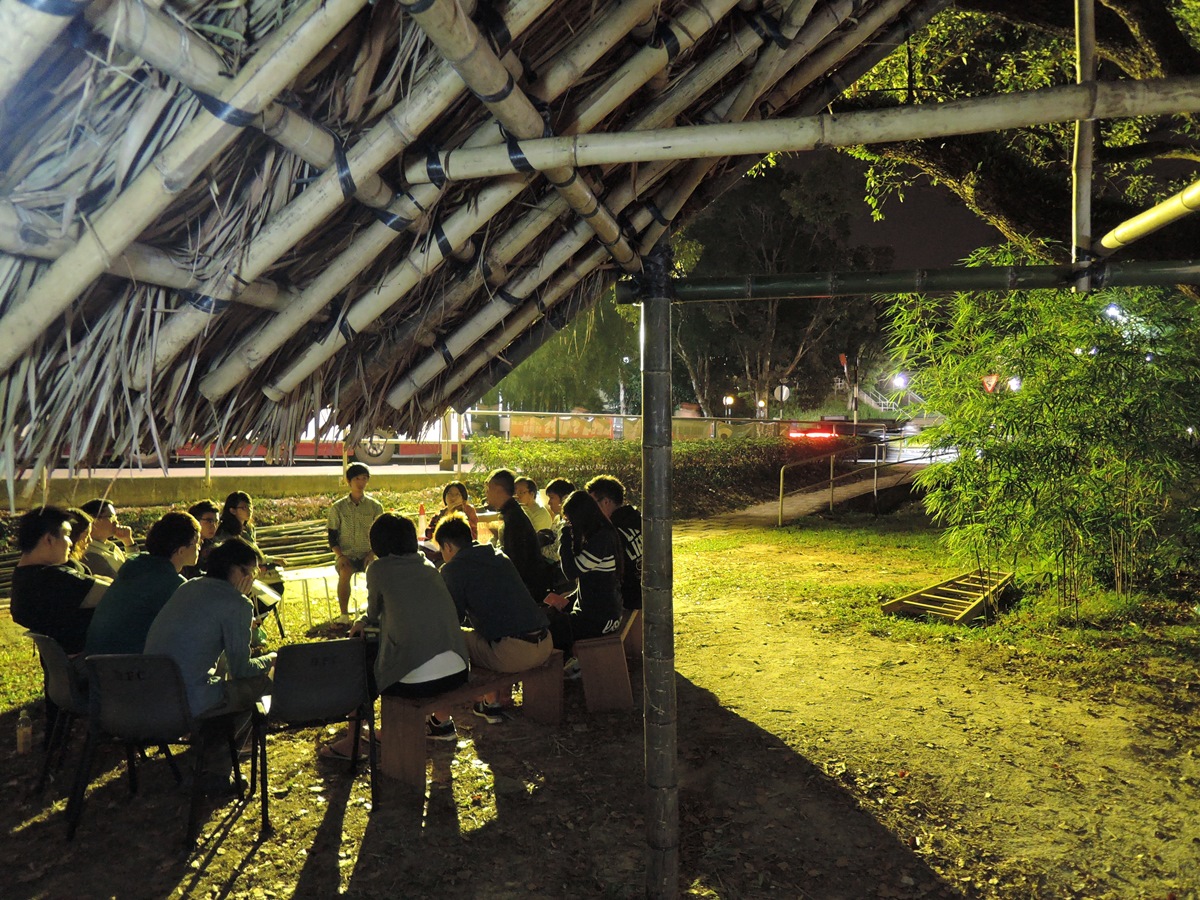 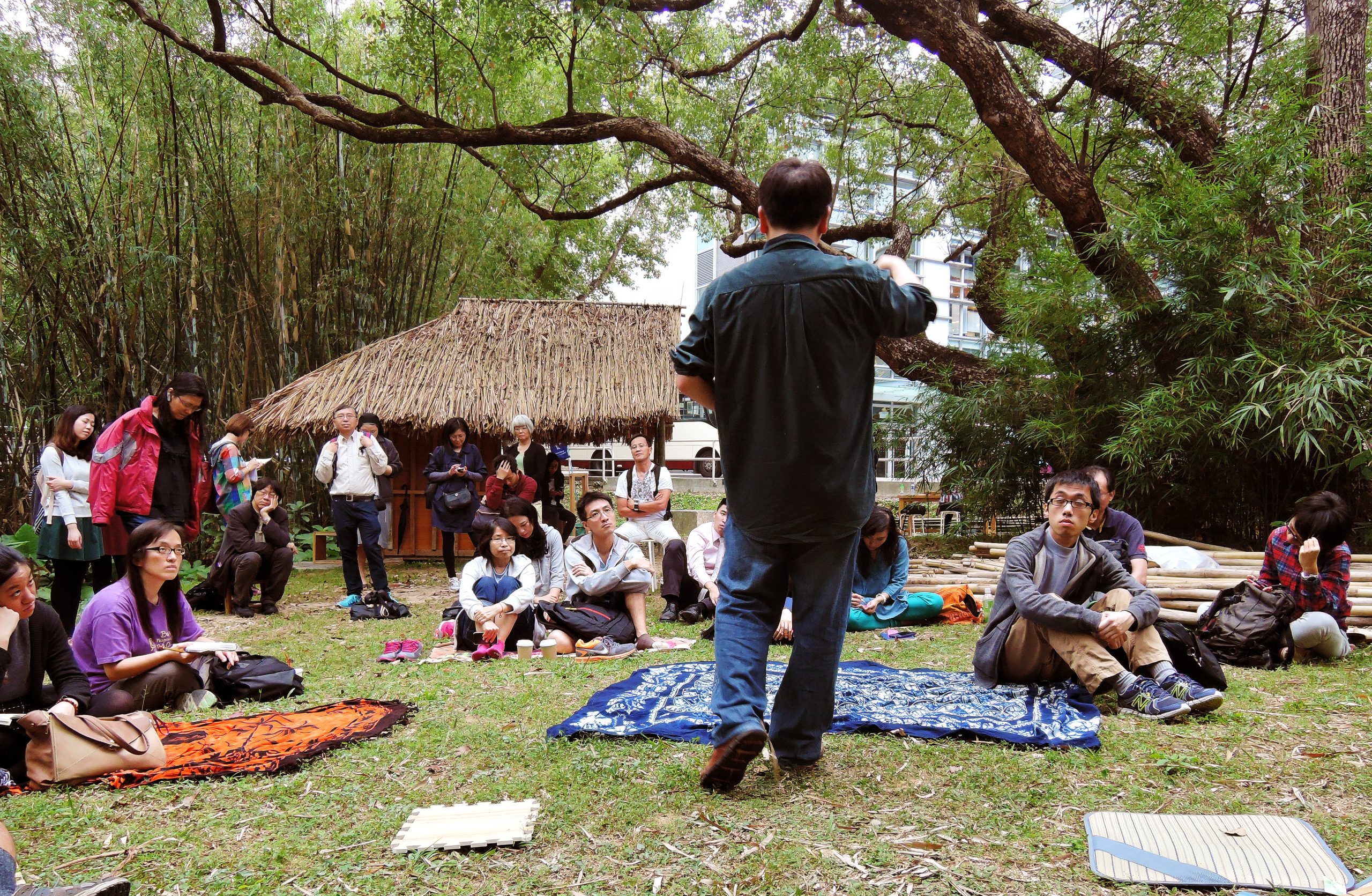 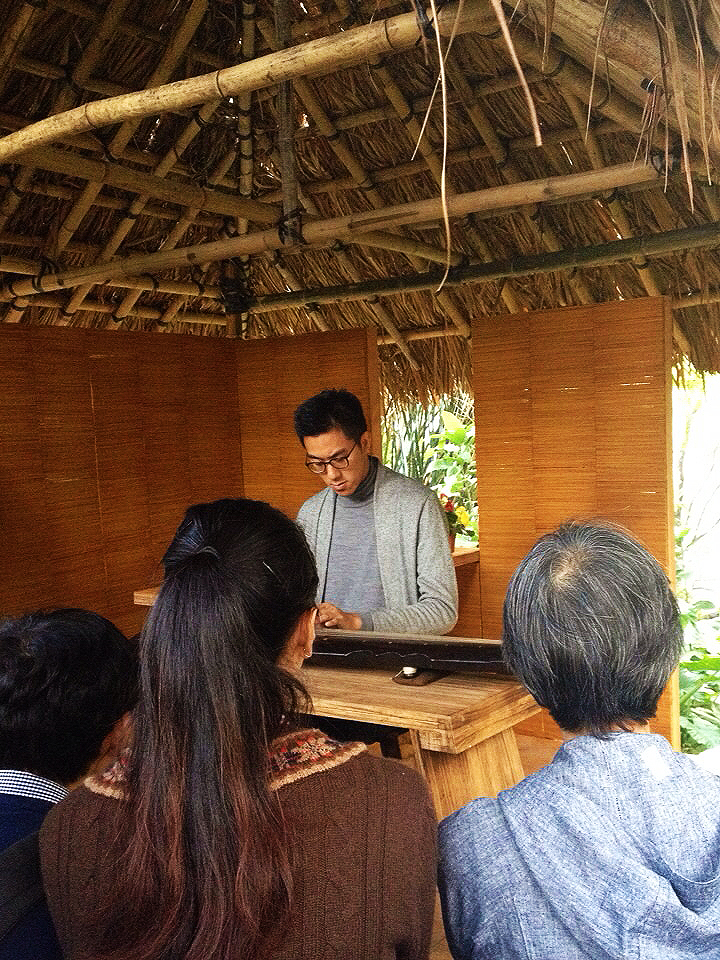 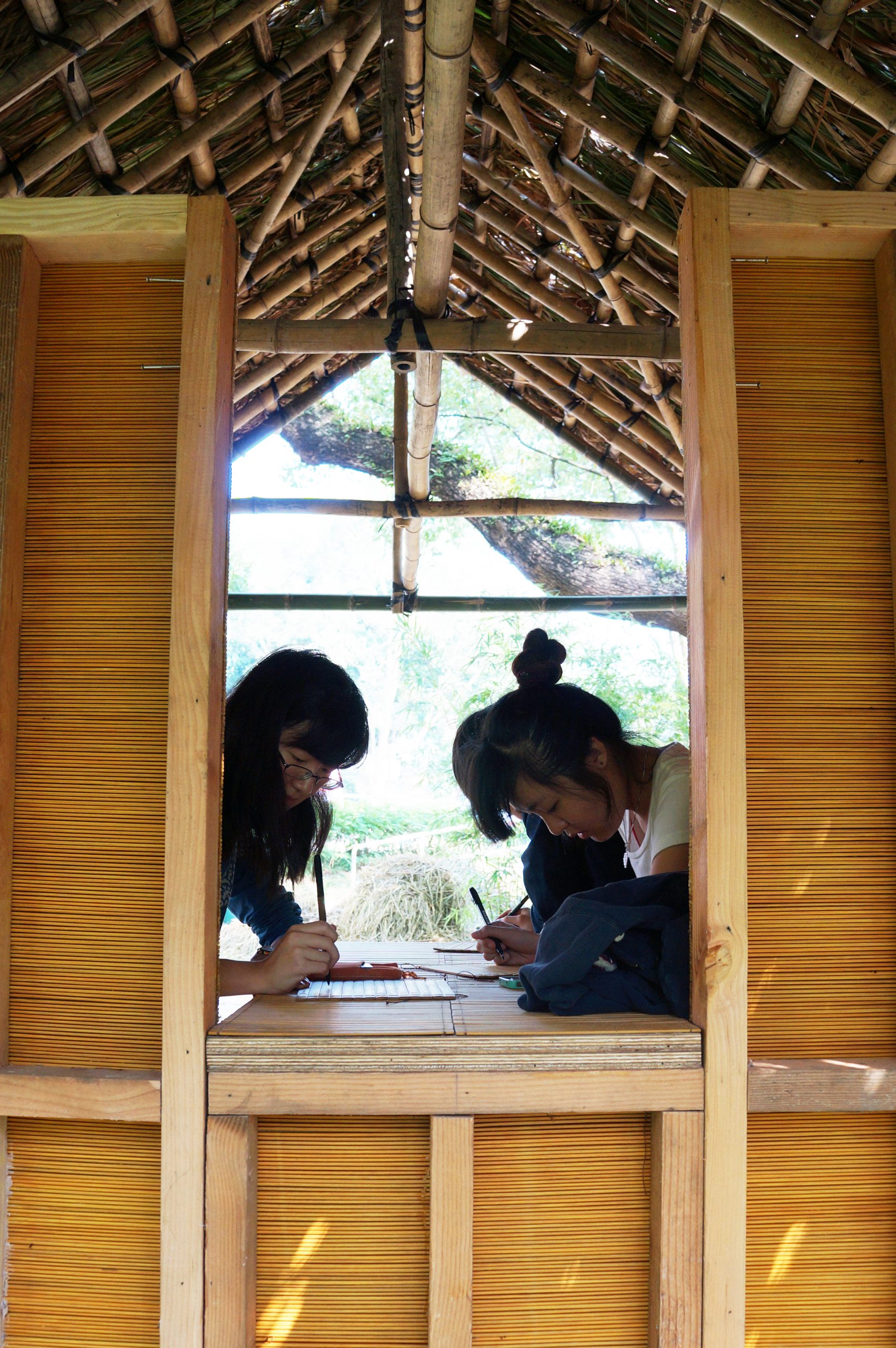 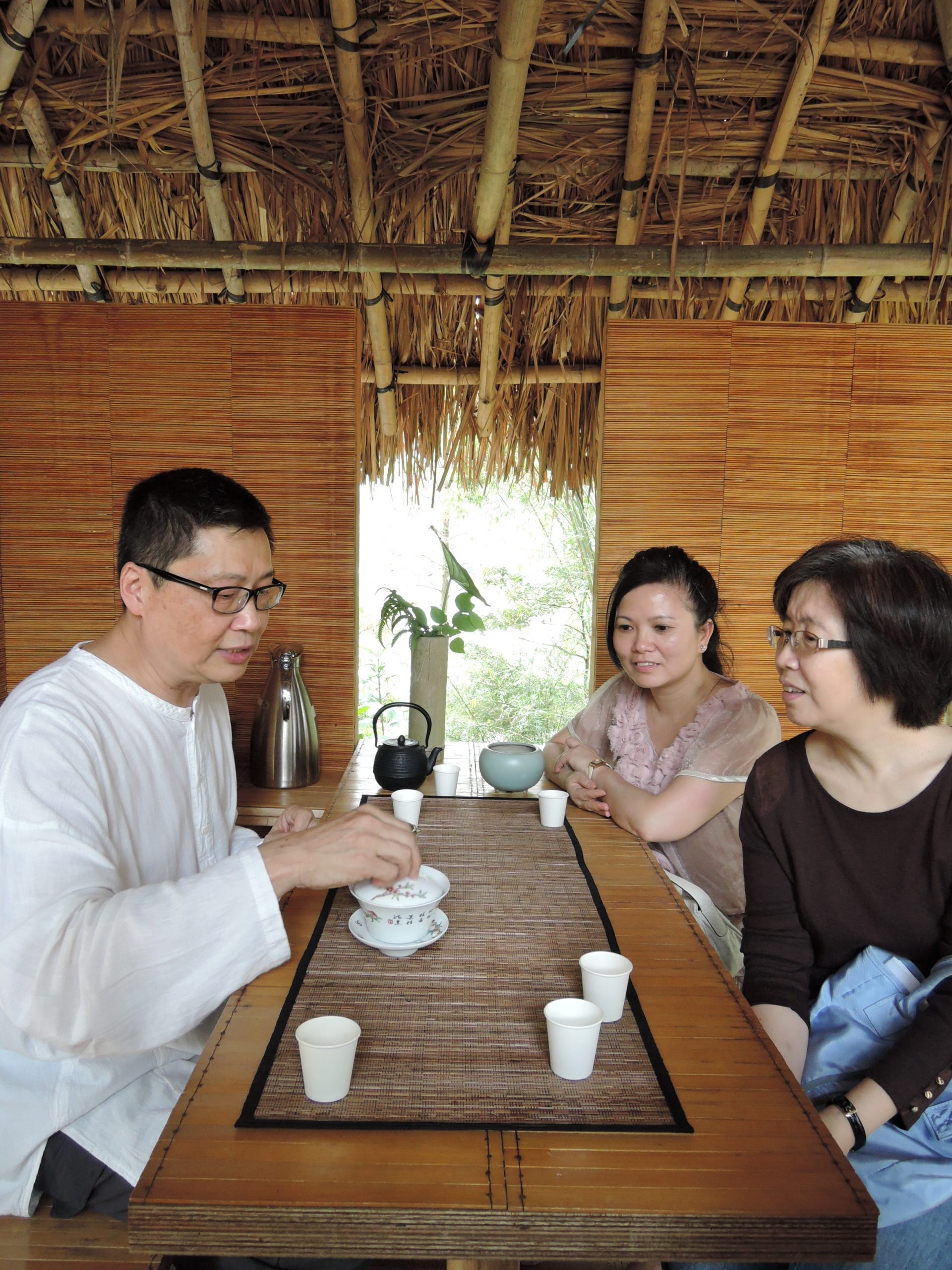