Wah Fu Estate, being the first public housing estate designed with a township concept, had its official opening ceremony in September 1968. Over the past five decades, Wah Fu nurtured generations of people who would not hesitate to share their inspiring Wah Fu stories. Half-century passed when Wah Fu celebrated its 50th anniversary in 2018. It’s redevelopment also means the creation of a new generation of sustainable hometown. To preserve the cultural heritage of the Estate and to engage tenants and stakeholders (i.e. NGOs, schools, shop tenants, etc,) in the redevelopment of the community, an event “Wah Fu Half-Century Cultural Journey” (「華富半世紀歷史文化之旅」), a half day cultural carnival and engagement workshops were held in April 2019 to mark the commencement of the redevelopment programme.

At the launch ceremony, not only the chief designer of Wah Fu Estate, Dr Donald Liao, presented his design concept and visions, old tenants of Wah Fu were also invited to share their sweet memories of their ‘hometown’. After the opening ceremony, the first community engagement workshop kicked off with about 100 residents and representatives from local NGOs participated to express their views on the Wah Fu redevelopment plan. At the same time, a series of cultural performances ranging from Cantonese opera to a busking presentation by a group of youngsters were curated to echo the Wah Fu stories.

Four 「重建路上」 Newsletters and a questionnaire were issued between 2019 and 2021 to enhance communication with Wah Fu residents and local groups, capturing residents’ and stakeholders’ memorable stories of Wah Fu history and updating news of the redevelopment project. HA also made reference to the opinions so gathered from stake holders when formulating the redevelopment plan.

As a self-sufficient community, Wah Fu has been housing some 50,000 people. It carried the mission of enhancing the living quality of the needy families with a pioneered design for public housing in 1960s such as the self-contained domestic unit with its own toilet and kitchen, cross ventilation for airflow at the balcony as well as social interactive common spaces. It uplifted the quality of life of hundreds of thousands of people through advocating well composed open space, outdoor play areas, communal and retail facilities. Furthermore, Wah Fu innovated different strategies that dealt with the circulation of housing blocks, connecting them together through public and semi-public spaces, which enhances the journey back home. Both the street-in-the-air and the sky lobby are strategies to address the hilly topography, achieving efficient circulation, while giving a unique character to the expression of the building in high-rise slab blocks and tower blocks. These are all the attributes that the project inherits on humanity.

Over the decades, Wah Fu has developed into a self-contained community with its own social and cultural stories. The project encompasses a kick-off celebration event, a series of engagement workshops, issuing questionnaire, newsletter and taking of video, aims to promote joint efforts among the HD, Wah Fu Estate residents and local groups to conserve the invaluable historic and cultural elements of the Estate during the course of its future redevelopment. The design strategies and missions of Wah Fu Estate were being adopted by many housing estates that came thereafter, and will continue to be in the coming reception sites for Wah Fu people and NGOs. The event “Wah Fu Half-Century Cultural Journey” (「華富半世紀歷史文化之旅」) celebrated the achievements of Wah Fu Estate and signified the contributions that architect made for a better Hong Kong. 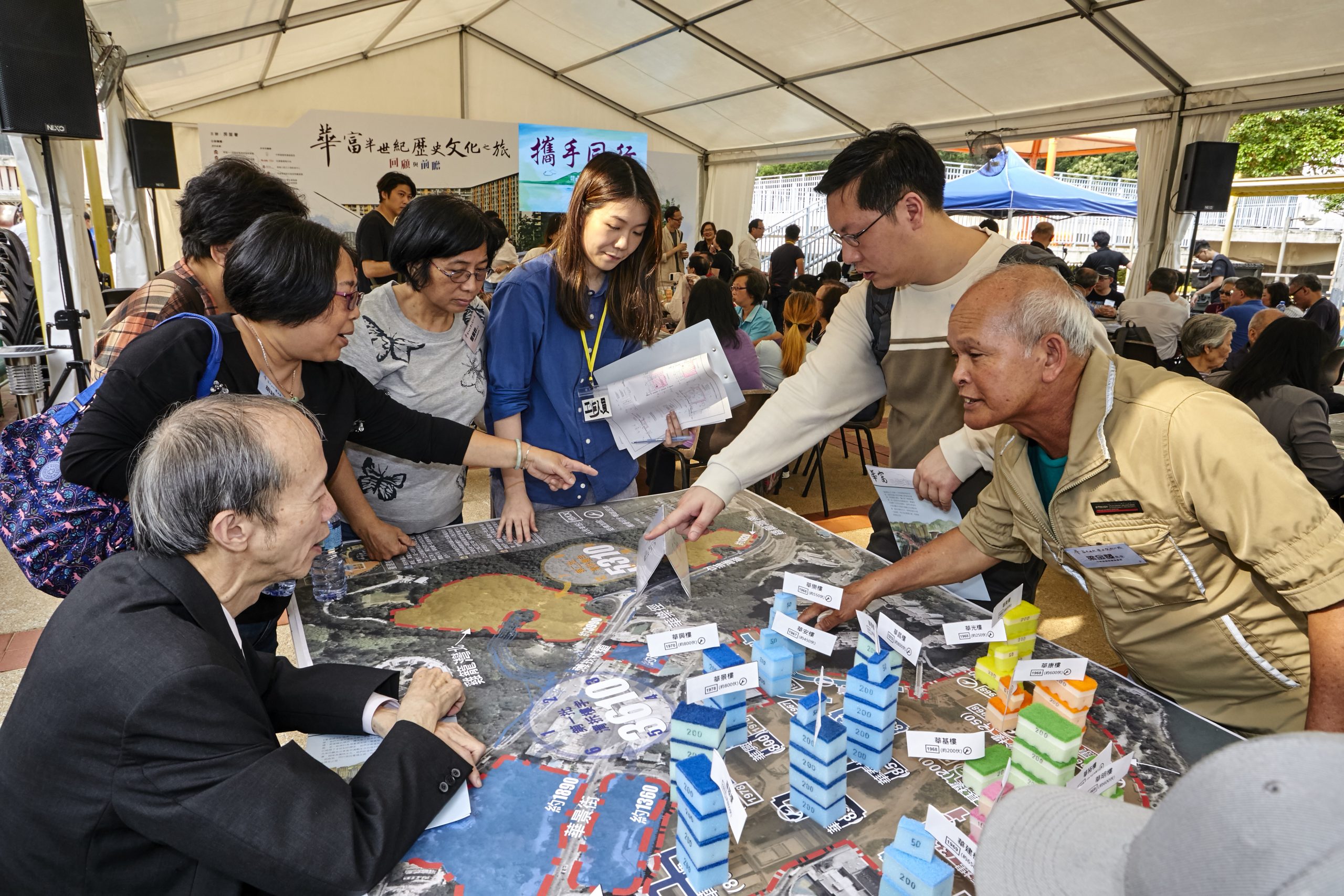 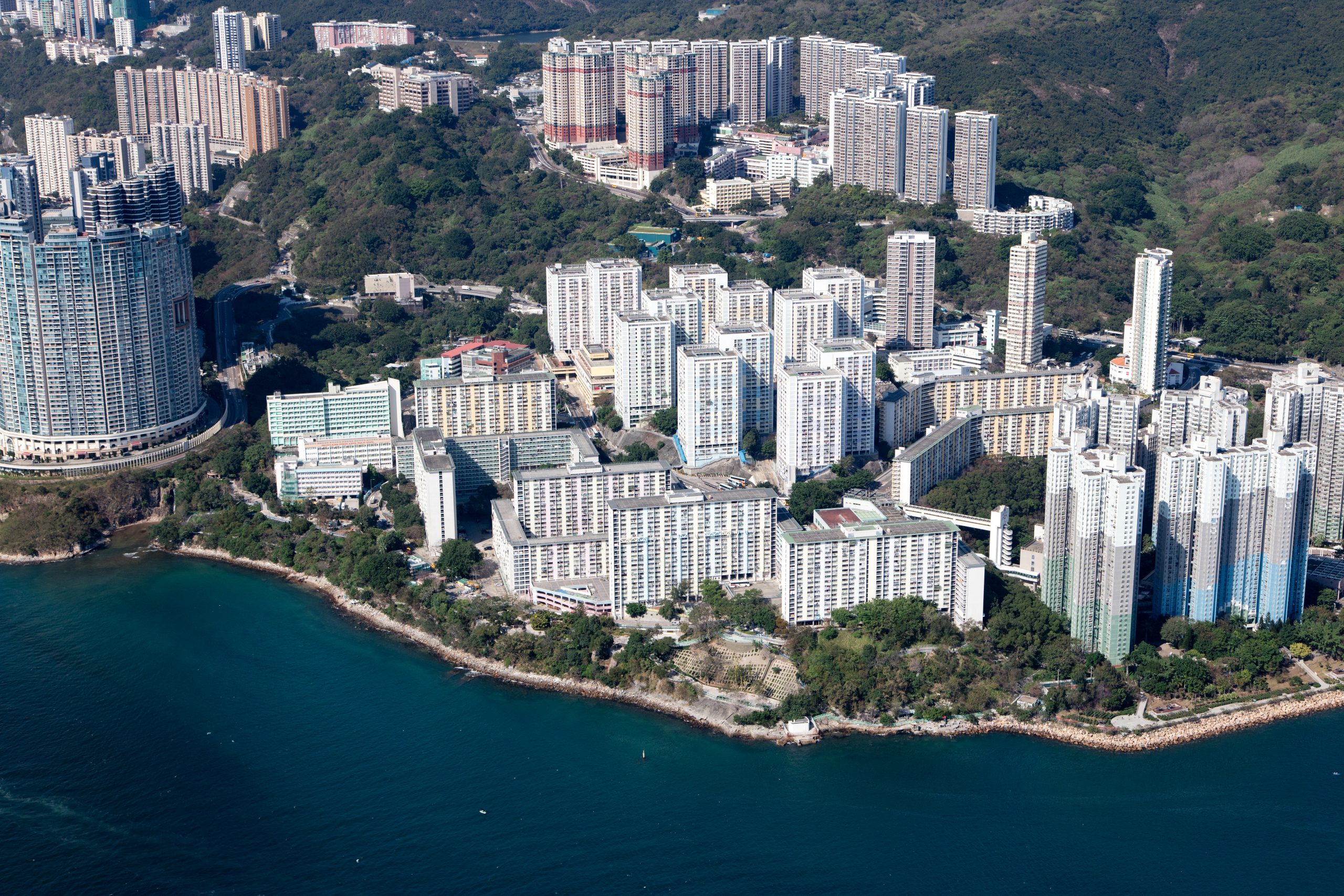 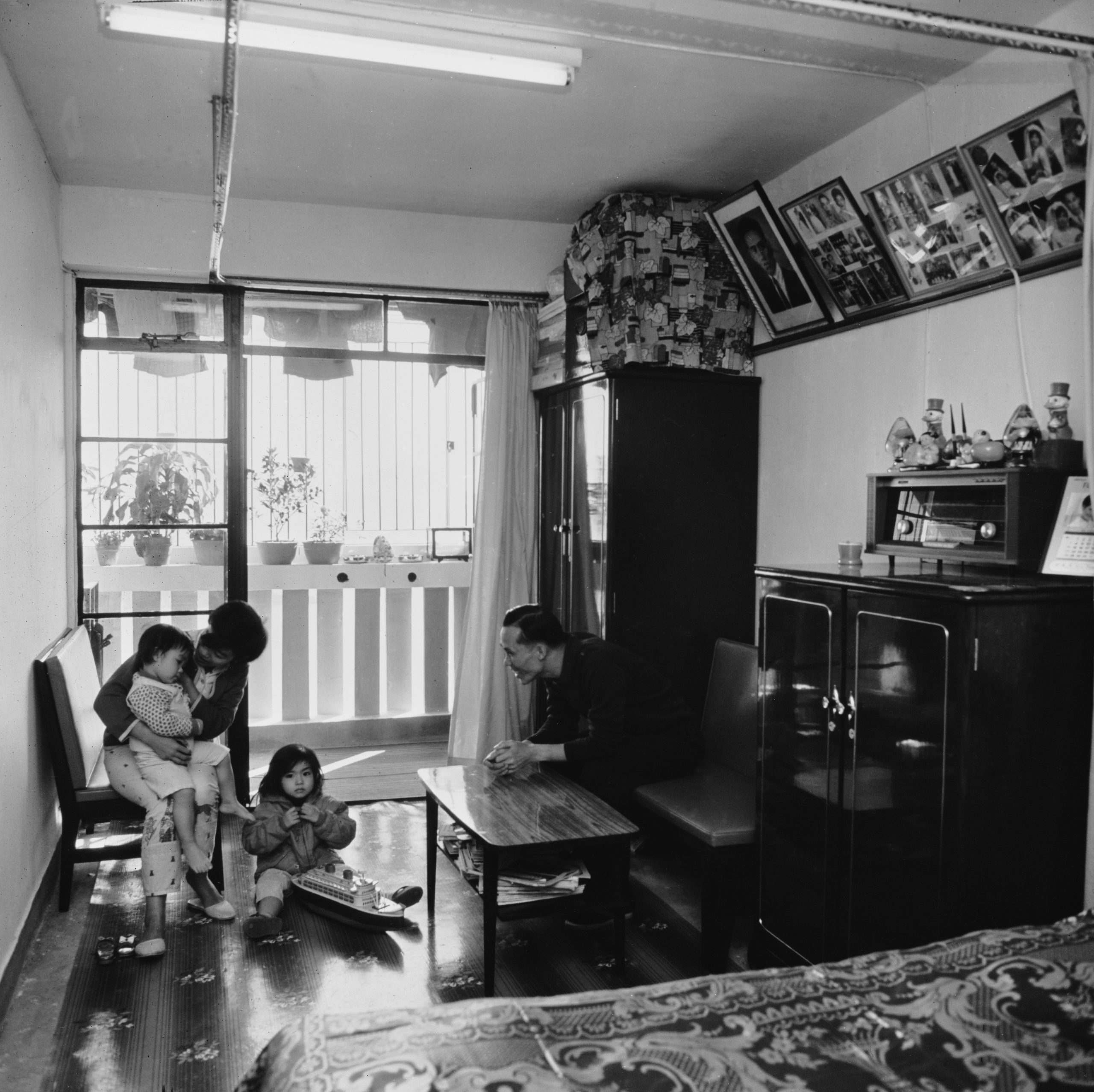 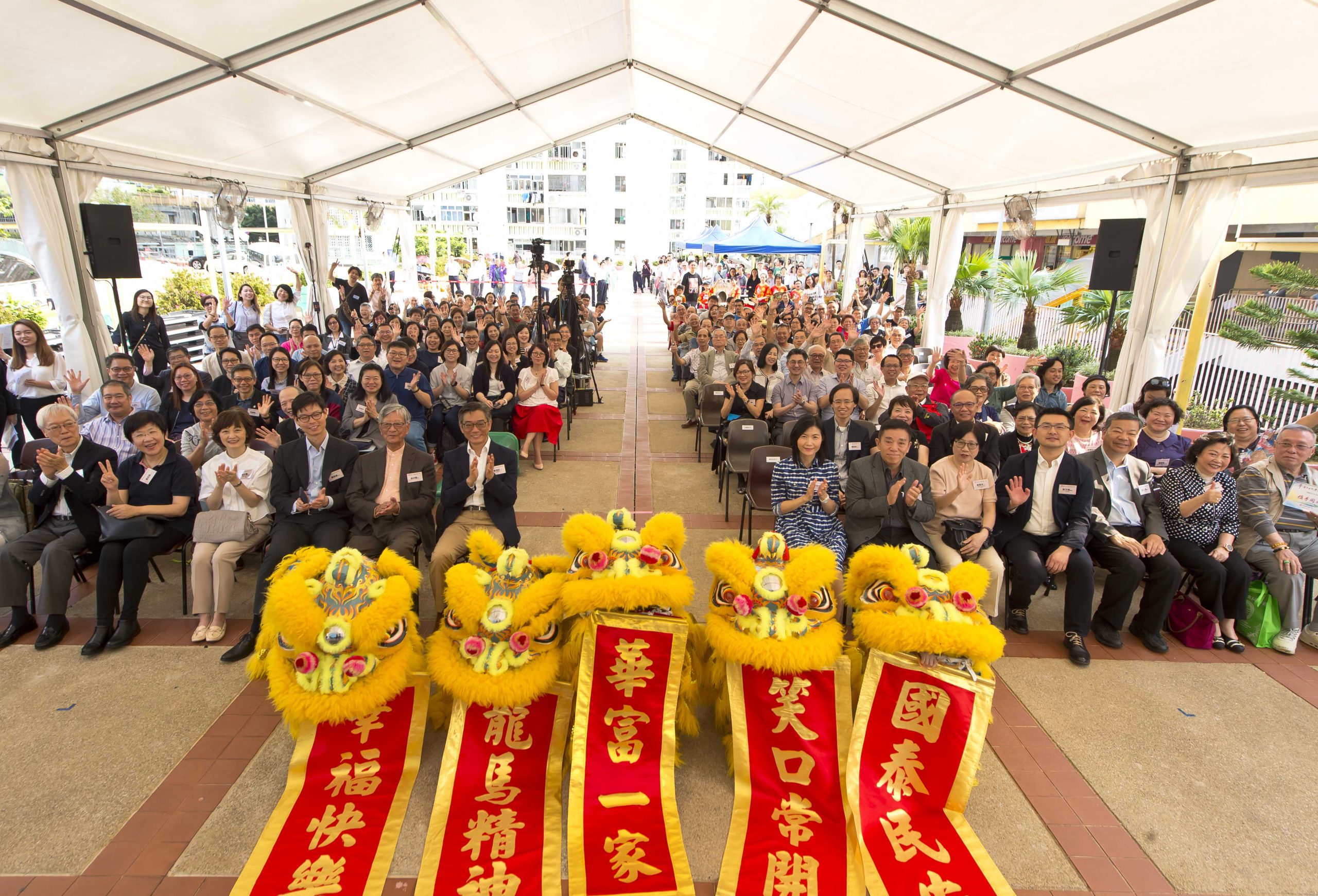 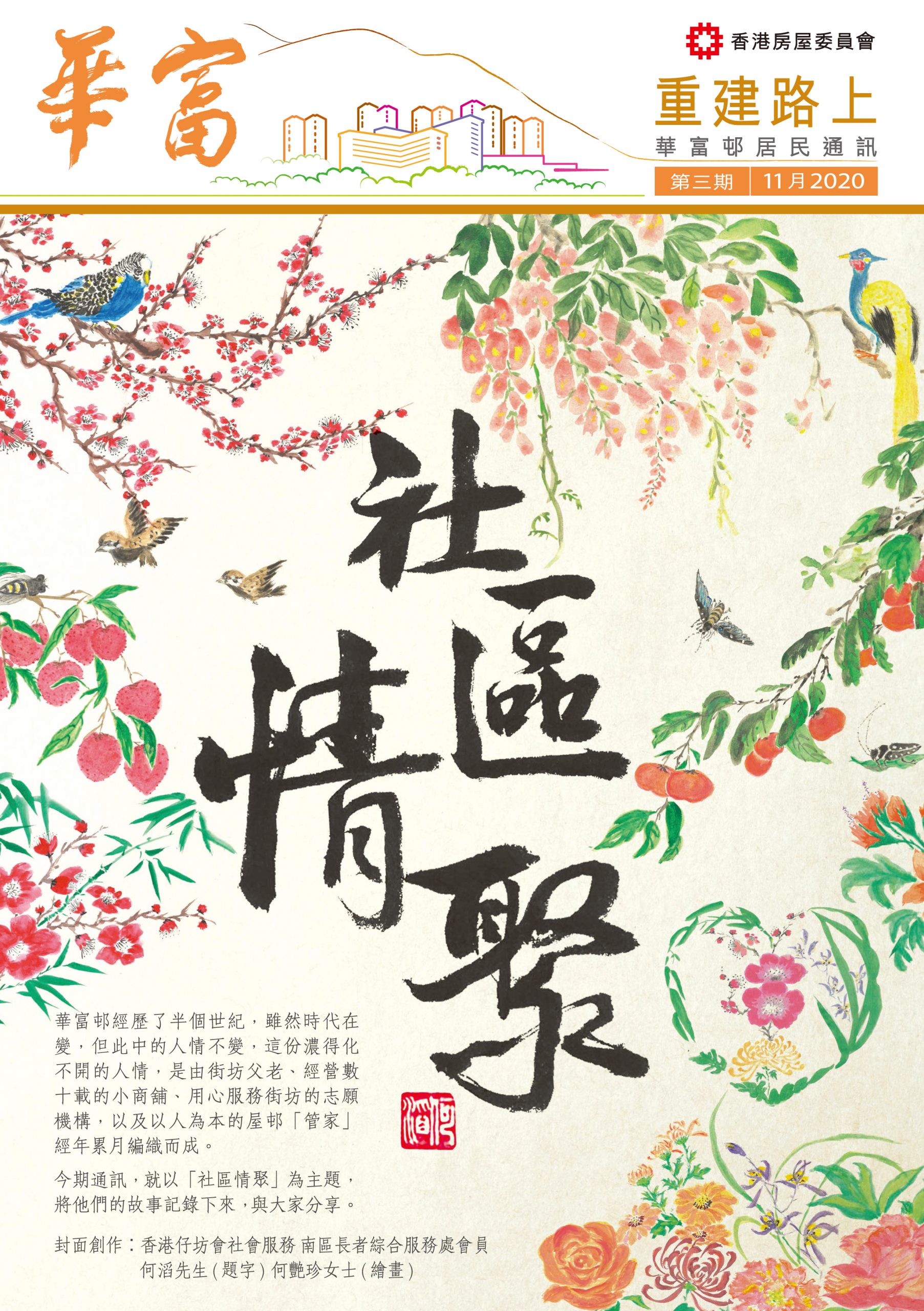 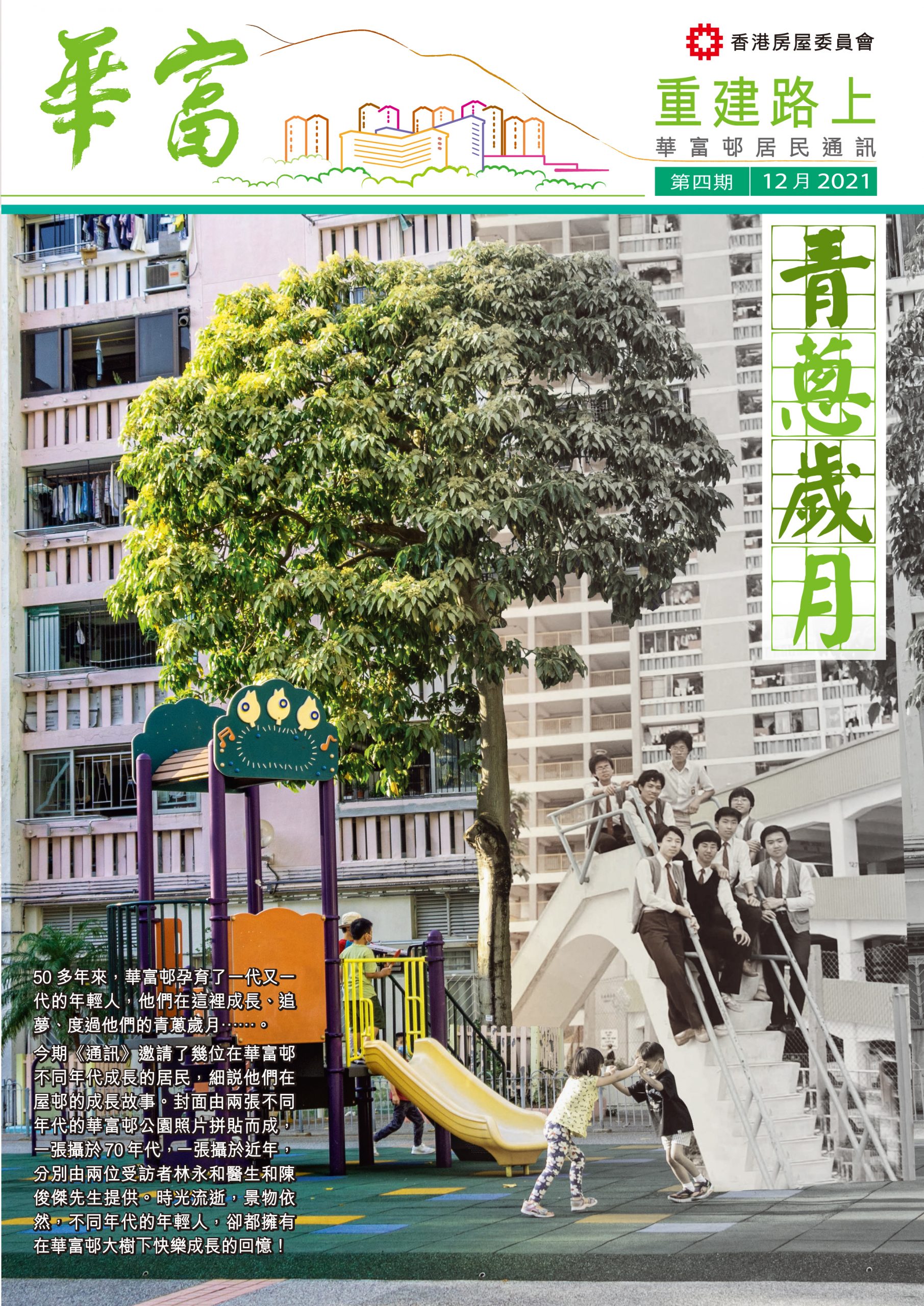 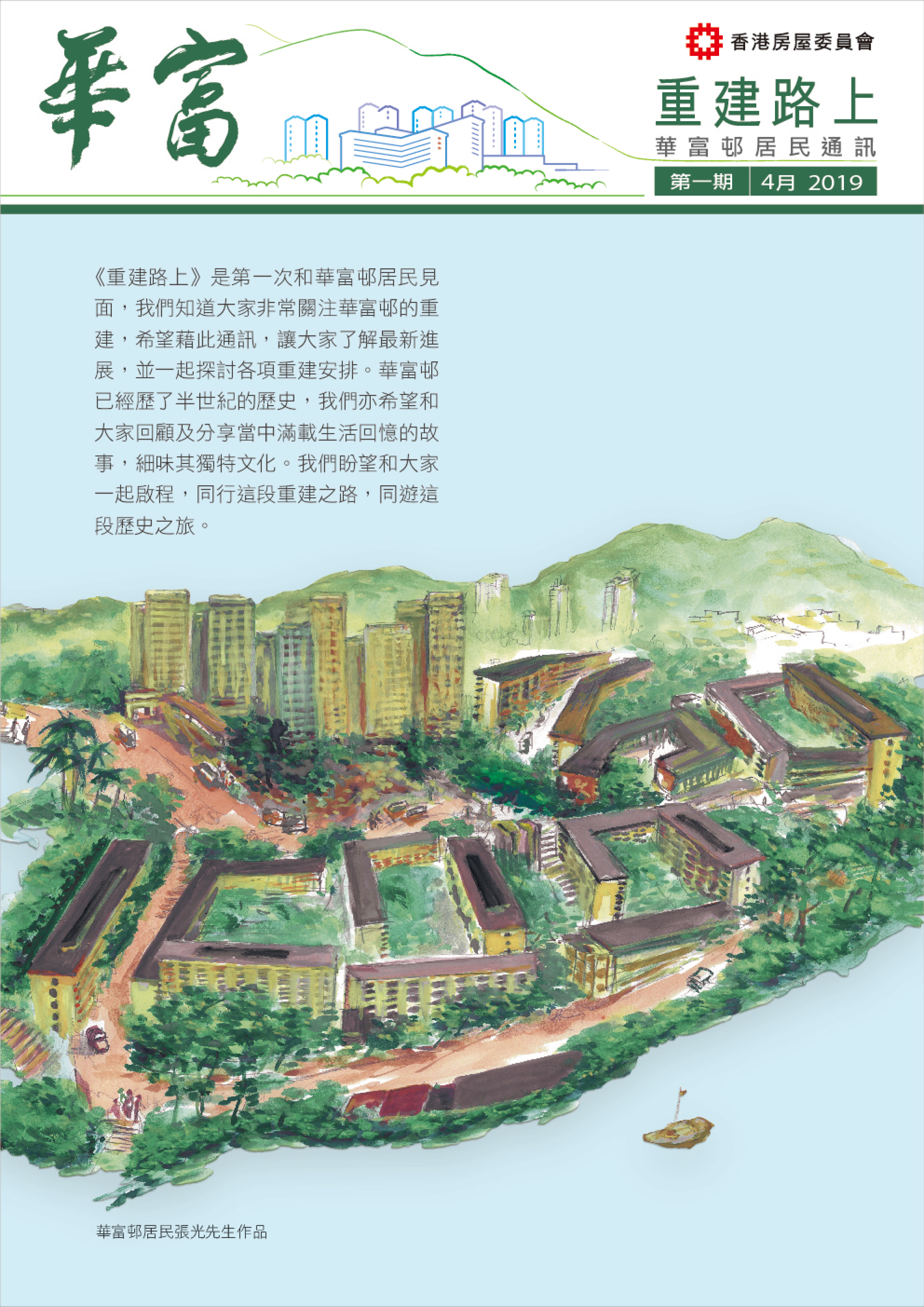 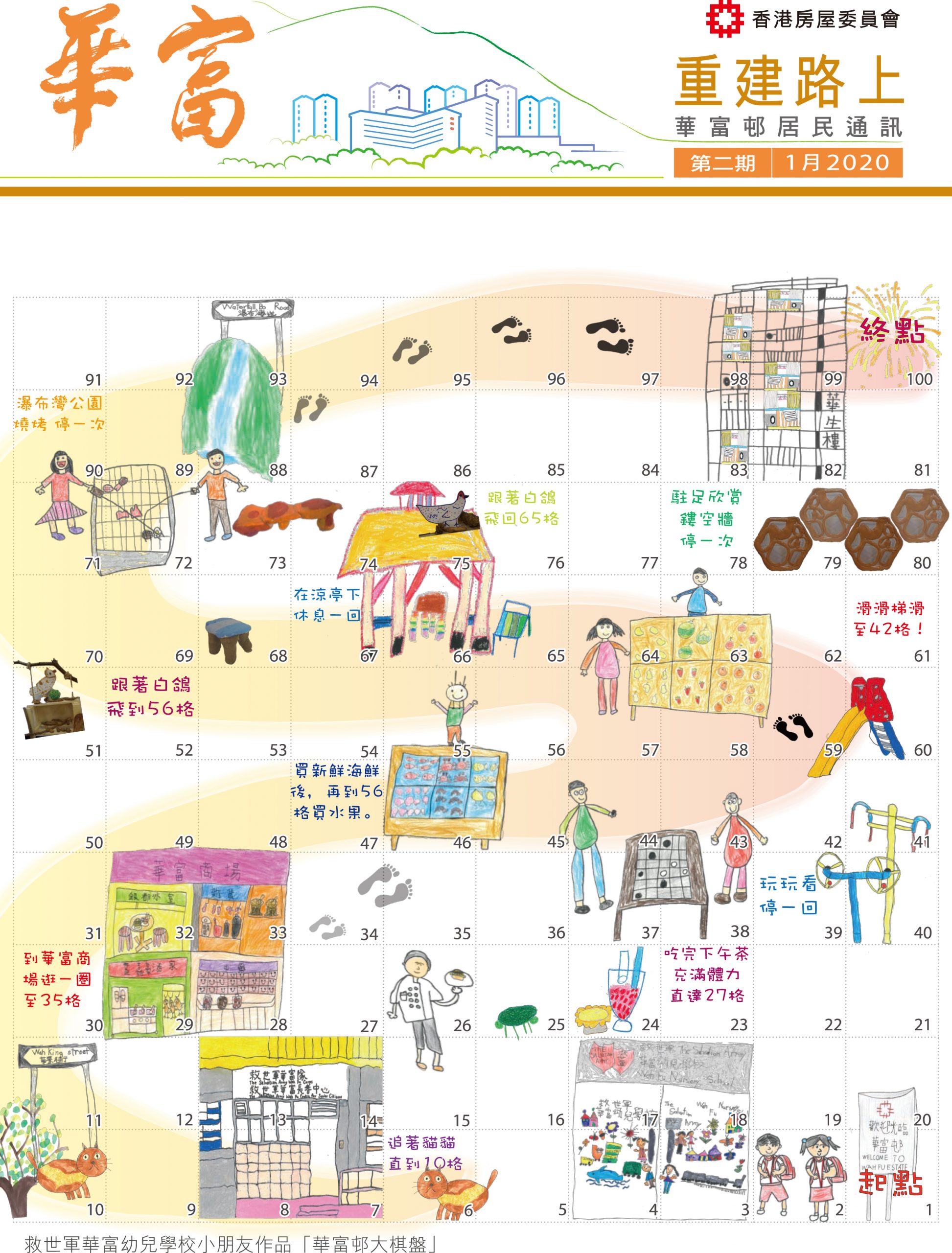